The Question of Individual Liberties as Critical to Improving the Human Condition
April 3-4, 2013

The 2013 McMaster Symposium committee invited individual papers, round table discussions, and panels that address the relationship between "individual liberties" and the various needs, values, expectations, beliefs, traditions, and orientations that may constitute an "improved human condition." Over the course of the symposium we seek to examine the "individual liberties" concept from the perspective of a wide range of disciplines, including but not limited to the fine arts, economics, political science, social sciences, education, peace and justice studies, communication arts, and the sciences. 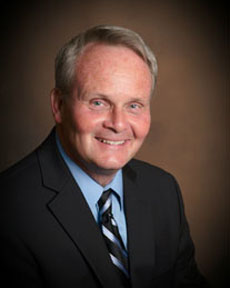 Lawrence W. Reed became president of the Foundation for Economic Education in 2008. Prior to that, he was a founder and president for twenty years of the Mackinac Center for Public Policy in Midland, Michigan. He also taught Economics full-time and chaired the Department of Economic at Northwood University in Michigan from 1977 to 1984.

He holds a B.A. degree in Economics from Grove City College (1975) and an M.A. degree in History from Slippery Rock State University (1978), both in Pennsylvania. He holds two honorary doctorates, one from Central Michigan University (Public Administration - 1993) and Northwood University (Laws-2008).

A champion for liberty, Reed has authored over 1,000 newspaper columns and articles, dozens of articles in magazines and journals in the U.S. and abroad. His writings have appeared in The Wall Street Journal, Christian Science Monitor, USA Today, Baltimore Sun, Detroit News and Detroit Free Press, among many others. He has authored or co-authored five books.

His interests in political and economic affairs have taken him as a freelance journalist to 81 countries on six continents. He is a member of the prestigious Mont Pelerin Society and an advisor to numerous organizations around the world. He served for 15 years as a member of the board of the State Policy Network. His numerous recognitions include the Champion of Freedom award from the Mackinac Center for Public Policy and the Distinguished Alumni award from Grove City College. He is a native of Pennsylvania and a 30-year resident of Michigan, and now resides in Newnan, GA.

ABOUT "CROSSING BORDERS"
"The film is a cross-cultural tool that is designed to empower youth by: heightening students' awareness of hidden preconceptions; supporting the development of intercultural empathy and critical thinking skills; and initiating dialogue between students of different cultures." Arnd Wachter, Director Crossing Borders

Film Synopsis
"Crossing Borders" is a seventy minute documentary that follows four Moroccan and four American university students as they travel together through Morocco and, in the process of discovering "The Other." discover themselves. With group travels and frank discussions, the students confront the complex implications of the supposed "clash of civilizations" between Islam and the West. The relationships formed through shared experiences contrast sharply with the media-shaped views Americans and Muslims have of each other. Humor, honesty and a willingness to be challenged all bring individuals closer to each other and the relationships that develop disarm hidden stereotypes.

Producing Organization
Crossing Borders Education is a non-profit organization for intercultural education. Since 2003, CB- Education has served more than 3200 American college students on its exchange programs. Arnd Wachter is the founder of this educational organization and the director/producer of the feature documentary "Crossing Borders."

Director's Statement: "Crossing Borders"
The relationship between the Muslim and Western worlds has been cast as a "clash of cultures:" a war between civilizations in which one is destined to prevail over the other. But is this so? What are the real attitudes and viewpoints of ordinary Americans and ordinary Muslims?

"Crossing Borders" aims to give a personal face to the "other side" through the experiences of American students studying abroad and their interactions with students in the moderate Muslim state of Morocco. By avoiding a focus on extremism, the film provides its audience with a sense of the millions of good-willed, "ordinary citizens" on both sides whose voices are often not presented by the media. The documentary aims to inspire audiences through practical examples of how to overcome the artificial separation between "Us" and "Them."

The film targets a young adult base in both the Muslim and Western worlds - youth who have never met "the Other" in person. The film is created to initiate dialogue and debate between students on university campuses in the USA, North Africa and Middle East via screenings and interactive websites. These direct conversations will become a tool used to deepen the understanding of complex issues pervasive in the current world situation.